The Official Writing Challenge
how it works submission rules guidelines for
choosing a level submit your entry read current entries read past entries
challenge winners
Our Daily Devotional HERE
Place it on your site or
receive it daily by email. 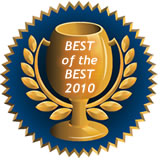 Ann Grover is no stranger to the Best of the Best. In fact, her name was in the winner's circle a total of three times, two years in a row (2006 & 2007). But this is the first year she's taken home the crown. Join interviewer Lynda Schab as she talks with Ann about her writing, her reaction to being the Best of the Best, and her powerful winning entry, No Man's Land (wc-article-level4-previous.php?id=35894).

LYNDA SCHAB: Congratulations on your Best of the Best win, Ann! How did you find out that you'd won and what was your initial reaction?

ANN GROVER: As I do every morning, I had breakfast and my morning coffee with Dan before he left for work, and then checked emails. As I do every Thursday morning, I cruised by FaithWriters and noticed my email inbox had a flood of messages right about the same time I pulled up the Challenge page. I don't know that I even really read my name, although I know that sounds silly. It was more as if I became "aware" that it was my name, with my story at the top of the sidebar.

I gave a holler, entirely uncharacteristic of me, and Dan, who was going out the door, thought I'd been injured or had suddenly taken ill. After babbling incoherently for several moments, I was able to make him understand that I'd won the Best of the Best, not just a weekly entry "placing."

LYNDA: Well, you're certainly no stranger to winning. In fact, your name has been in the Best of the Best winner's circle three times before. You took second AND third place in 2006 and then third place in 2007. Be honest. Even though I'm sure you were thrilled with second and third, how much sweeter is that top slot?

ANN: Every time I've placed in the Bob, I have been ecstatic, but I'd be lying if I said this feels the same. It's very special, and every other superlative cliché.

LYNDA: Let's talk about your winning entry, No Man's Land. Where did the idea come from?

ANN: Since the topic for that week was "The Writer's Challenge," I posed the question to myself: "What would be the greatest challenge faced by a writer?" I discarded the "in the box" ideas: writer's block, lack of time, procrastination, being shut down by would-be critics, lack of money, what-have-you. The answer for me was being a writer in a time and place when one's life would be in danger. I thought about journalism being one of the most dangerous occupations in the world. Already 35 journalists killed in 2010, and 45% of the deaths were of journalists in war zones.

I am always intrigued with writing authentic historical fiction, and the time of the Great War is one era that fascinates me. So I did a little preliminary research and discovered that many of the writers and poets who wrote of World War 1 were indeed soldiers, not "journalists on assignment." That was the perfect scenario, a soldier-writer in the midst of battle. It seemed the ultimate writer's challenge.
That was my starting point.

LYNDA: Your descriptions in this story are vivid and raw, making such a powerful impact on the reader. When crafting this piece, was your purpose to simply expose the realism of war or was there an underlying message you were trying to convey?

ANN: Yes, realism of war, but that was the catalyst for the message, not the message itself. From my starting point, I thought how difficult it would be to be a soldier/writer caught between submitting to orders that make the horror and injustice of war more acute and then conveying that conflict truthfully. Would the writer wish to "cover over" the atrocities and injustices? Would he simply exclude it? How did HE feel being part of the horror? Could he defend his stand, even while witnessing pain and suffering delivered by his own hand?

If he chose to gloss over the truth, then honesty and his own integrity would become the first casualty of war.

To me, maintaining integrity is the ultimate Writer's Challenge. I think the temptation is always there to "tie everything up in a tidy bow" because we want happy endings with no messy stuff. But life IS messy, and to deny it, as well as to deny our own culpability in life's messiness, is dishonest.

As mentioned before, you are a Challenge Top Ten regular. If you had to choose one Challenge entry that means the most to you or that you're particularly proud of, which one would it be, and why?

ANN: I think it would have to be "And God Breathes . . . " --the 2nd place BoB in 2006. The title came first, and I worked backwards, asking myself, "What would cause God to breathe?" The answer was simple, and the story wrote itself. I really don't recognize the words as "my own," neither do I remember the process of writing it. It simply flowed, like no entry had before or since. Five years later, I still get chills when I read it.

It was also the first story I wrote in which I submerged myself in a textbook on the Jewish people during WW2 to gain factual information. It was a volume of about 500 pages, with hundreds of pictures and articles. After two days, I was consumed with grief . . . I had physical pain, but I believe I was able, in a limited way, of course, to "get inside the skin" of my main character.

LYNDA: That was definitely a masterful piece of writing and I'm so glad it was recognized in the 2006 BoB Winner's Circle.

Since the first time you entered the Challenge, how have you grown most as a writer?

ANN: I've put aside fears of rejection and misunderstanding. I've come a long way from the beginning when I literally shook as I hesitantly clicked the "Submit" button. I don't feel nearly as defensive of my writing, chosen topics, or my thought processes. I've worked very hard at veering away from thinking, "Don't they get it?" In the words of Ken Follett (Pillars of the Earth and World Without End), I'm learning not to "blame the readers for their inadequacy."
I still struggle with reconciling "what the readers want" with "what I want to write." I don't want to write trite, predictable stories, yet, if that is what makes readers happy, what to do? I want to entertain, but entertain with a purpose.

LYNDA: Because you're so proficient, you were asked to head up your own forum on the FaithWriters message boards, which you call Ann's Grammar Basics. What would you say is the grammatical error you see most often? And which is your biggest pet peeve?

ANN: The grammatical error I see most often is the misuse of apostrophes in possessives. Please don't add an apostrophe to yours, ours, theirs, hers, and its. They are already possessive pronouns and don't require an apostrophe.

My pet peeve? Using apostrophes in plurals. It is not four dog's, it is four dogs. And using an apostrophe to indicate a plural name drives me nuts. It's not the Smith's, it's the Smiths. If your last name is Thomas, your Christmas card will be signed from "the Thomases," NOT "the Thomas's."

LYNDA: I'm quickly trying to think whether I've been guilty of any of those. LoL.

So when did you know you wanted to be a writer? What genre do you most like to write and have you had anything published?

ANN: When I was eight years old, I discovered the magic of filling up a sheet of foolscap with a tale of my own creation. The beautiful princess exiled to a peasant's hut (a la Cinderella), the exquisite and epiphanic adventure that turned out to be a dream, and imaginary little people using thimbles for teacups. All pretty cliché, but it fascinated me to "create," and to know I was in control of my creations.
My third grade teacher told me I'd be published someday, and she gathered up a collection of my stories, a fairly thick stack, and I never saw it (or her) again.

Besides FaithWriters, my writing career consists of working at two newspapers for several months as a freelance correspondent / photographer, and as a fill-in for the editor. Twenty years ago, I took a televised "Literature and Composition" course, and had a few essays published in the college literary newspaper. I was asked to be a guest speaker on the televised course, but the taping date corresponded with the scheduled C-section of my daughter.

My preferred genre is historical fiction, particularly about obscure, little-known, or misunderstood events. The ironic twists of the past fascinate me.

LYNDA: Are there any authors who inspired you along the way? Any books you read that made you say "I want to write like that!"

ANN: I would have to say Edward Rutherfurd and James Michener. I enjoy their epic historical sagas that span thousands of years. I admire their obvious dedication to authenticity through research, their believable characters, and the unspoken but obvious relevancy of the past to the current cultures of the countries and events they wrote about. I most enjoyed Sarum and Russka by Rutherfurd and Poland and Alaska by Michener.

LYNDA: Where are your short-term and long-term goals both personally and as a writer? Will you keep entering the Challenge and maybe try to retain your crown in 2011?

ANN: Until recently, my goal was to write "my novel," a 1000-page saga that would rival Michener and Rutherfurd in scope and splendour. I've reconsidered, because I realized I am procrastinating because of the vast amount of research necessary to do justice to my chosen topic. It may even require "on location" research, and I don't have time for overseas trips or for dedicating myself to so ponderous a venture. In other words, I've been avoiding writing anything outside of FW because of fear, fear, and fear.

Now, I've decided to start "something." I don't know what, but it will be smaller and doable. Also, I've been asked by a magazine editor to send along some of my writings, so she can get a sense of my style. She's looking for writers familiar with ranching and farming life.

As far as the Challenge and retaining the "crown," I don't know. If I keep entering the challenge, it'll be for the purpose of experimenting with different genres and voices, and to receive feedback, positive or negative, for those efforts. If the crown is retained, it'll not be because I set that as goal.

LYNDA: Well, let's just say that with your track record, it wouldn't surprise me in the least. But I'm sure there are many members determined to give you a run for your money. : But I think I can speak for everyone when I say that your entries are some of those we most look forward to reading, whether to entertain, inspire, or cause us to examine our hearts a little more closely.

Congratulations again on winning this wonderful and well-deserved award.

To read all of Ann's writings, visit her FaithWriters profile: member-profile.php?id=14280

Our Daily Devotional HERE
Place it on your site or
receive it daily by email.