by Rebecky
I think I intended on posting and some how forgot or thought I did when I really didn't.

I've been working at the daycare some and still going to my grandparents too. My Grandmother keeps getting this brilliant idea of moving my Great Aunt into the house with them but my Great Aunt has Alzheimer's disease and she is already falling and I as well as two other Aunts and my Mom agree that my Great Aunt should just stay in the nursing home. I'm worried about everyone involved and we don't have the strength and ability to care for my Great Aunt as well as my grandfather who is getting worse by the day. Grandpa is in Stage 4 of Parkinson's disease and probably not very far from the last stage. Although they say Parkinson's disease doesn't kill you it's the complications from the final stage. When we were told last week that he was in the "Last stages" he exclaims, "But it won't kill me!" lol

by JesusPuppy
See why I don't go to doctors. I would rather just die and not know what hit me. Knowing and just waiting around for the end... It would kill me.

by mikeedwards
My mom use to say getting old is not for sissy's. She was right. Alzheimer's and Parkinson' can both be a real struggle for the patient and for the caregiver.

I personally like your advise JP. I have often thought that when we get to heaven we will wonder why we fought to stay alive here for so long.

by Shann
Hey Becky so excited to see your posrt even if it has been hard for all concern. Please know I think of you daily and am praying for wisdom , understanding, strength, and courage for your whole family. I know all this hard work must be exhausting, but I'm excited that you're getting out and being such a helpmate to your grandparents. I also love picturing you with the little ones. I want to live vicariously and feel your arms while holding a baby (unless she or he pees or poos on you, then I'll let you have those feelings all to yourself!

I'm ready for the pitter-patter of little feet, babies, puppies, kittens...I'll take anything. I feel I'm at a very nurturing or mothering stage of my life but apparently mu kids don't agree since they all fled from my embrace.

Oh Mike! You don't know the damage you did by encouraging Pup! Man we'll never get him to a doctor the next time he is hurt or ill. I can hear him now: "Well, Mike agrees with me. I even have it in writing!"

I hope you're right and even suspect that you are, but I'm going to keep fighting. When I worked at OB, I used to say I would never be a DNR (do not resuscitate). I told them to do CPR until their arms fell off then find someone else. Of course, this instantly became something to tease me about. Someone would say, "You're a DNR, right?"
I'd yell, "Don't say that, someone will hear you and think it's true!" Of course that just made them say it louder and more often. Hmm, I wonder why I miss that place so much, but oh I do. Every once in awhile, I dream of helping a mom through labor, teaching how to breastfeed (and yes, there is teaching involved. It doesn't come naturally to all) and swaddling a little one to make her feel like she is still in the womb not out in the cold, cruel world. Sigh

So wheeliegirl, would it be politically incorrect to offer you a hand up since you fell on the floor laughing? I'm not quite sure what the initials would be, maybe dunah?(do you need a hand?) I think that's a pretty cool one and am going to start randomly using it and see how long it takes to catch on. Who's with me? Hello? Anyone? Geesah (insert rted-haired smiling stomping off) (This was the best I could find: 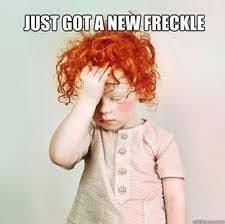 This one works except I have blue eyes. The rest were a bit too bodacious for me (well not for me, but for the site Shann for lifting up my spirit, today!! I love "do you need a hand?" I really believe that might take off!!

by Shann
Thank you, I appreciate that.

Now I just need to find people rofl so I can say dunah?

Shann wrote:Thank you, I appreciate that.

Now I just need to find people rofl so I can say dunah?

by JesusPuppy
Say it three times in a row and listen.

Mike!! Glad to see you out playing. How's the Wife. And Yes, I been tellin' folks for years, "I'll take it to THE Physician." I didn't say one thing about going to some quack student who is still learning, Practicing medicine for years and still not knowing how to cure the common cold.

If I get hurt or sick and can still stand up... Praise God. And if I get sick and die... I will just be praising God even longer.

Oh Pup, I just don't know what to do with you. You know God provided us some doctors right? Wasn't Luke a physician? They don't all quack, some honk.

by deejay
Talking about doctors, let me share with you the events of my second overnight stay at the research center.

Because it was Sunday to Monday--I left just 3 hours ago--I missed church and a discipleship class. Pastor says he'll get me the notes later.

Last time, we had breakfast at 7 am, lunch at 11 am, and dinner at 6 pm, with snacks at midmorning, midafternoon and midnight. That didn't happen this time. Breakfast was 1 1/2 hours late, as were the other two meals, and no snacks were offered. Only at breakfast were we given a beverage with our meal; lunch and dinner we had to drink water. Breakfast was scrambled eggs, hash browns and sausage (cold), English muffin with butter and strawberry jam, an apple, cranberry juice, a Nature Valley oat and honey crunch bar, and coffee. Lunch was pasta with sausage and tomato sauce, green salad with dressing, flat bread, pears (canned), and a mild-flavored peanut butter cookie, plus water. Dinner was chicken pasta, mixed green salad with dressing, an apple, brown bread with butter, a Rice Krispy treat and water.

They didn't have much of a problem doing my blood draws, until the midnight one. Actually it was 1 am, and they stuck, prodded, poked and tried half a dozen places to get blood--my catheter had been removed earlier, as it was no longer working, and they said they had never had such a thing happen that they couldn't find a place to draw blood, or if they did, it clotted way too fast. They finally gave up at 2 am, so I slept in until almost 8 am. They did the last draw, and I was released. So I got home, unpacked my backpack, ate breakfast, packed a lunch and took off for the library.

Frankly, I never had anyone have a hard time getting blood from me, either. And I was doing my best to get enough water in me. They tried using little heat packs, at one point using two tourniquets, one on top of the other, but my veins kept blowing.

Anybody out there have any advice I can pass along next time? These nurses were young, so I figure if they were closer to my age, they probably would've seen it all and known what to do, with less trouble. They even tried calling someone on staff for help/advice. Now that's desperate!

I have two more overnights to go, one Oct. 22-23, the other Nov. 13-14, which ends the study. And before the last overnight, I have to wear the ABPM one more time. Last Friday I had it on, and I was at work. I sat down for a reading, and heard a fast beeping sound. I looked down, and the tube had come off the coupler! After a frantic search through my shirt, I found it and reattached it. I made sure to let them know about it when I went in that afternoon to return the unit. They say as long as they get one good reading an hour, that's okay.

The whole time they were having problems, I was silently praying they would have an easier time getting a sample, but it was like the opposite happened. Weird. I can't figure out why.

Deejay, I've had horrible veins for as long as I can remember. The longest it ever took someone is 33 pokes. Getting blood is easier than inserting blood. One thing you can do of course is be super hydrated, also if you can be warm when you know they are coming, that would help. Because they only had problems at night, my guess would be they are inexperienced. Lab tech runs on a skeleton shift at night and the newbies usually take those shifts. If you can increase your muscle strength my lifting weights like 5 lbs on each side several times a day that would help. You don't even have to get actual weights, use cans or a water jug. Also, the veins tend to be better in your dominant hand. You could ask them to use a butterfly needle if they have trouble. It's a smaller needle, but it could clot faster too. Have them look in your hand. Often the veins are better there. You might have scar tissue on the inside of your elbow that they are mistaking for a vein.

by Shann
You're very welcome! I was once told that all great people are born in September.

Shann wrote:You're very welcome! I was once told that all great people are born in September.